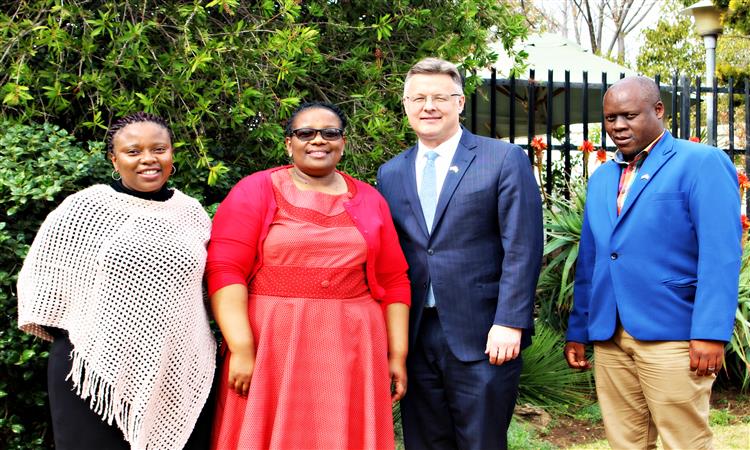 Ambassador Matthew Harrington awarded ten local organizations with grants totaling $140,000 to fight HIV/AIDS at an event in Maseru, August 15, 2017. These small grants are funded through the U.S. President’s Emergency Plan for AIDS Relief (PEPFAR) and support community-initiated projects that aim to strengthen health service delivery in communities throughout Lesotho affected by HIV/AIDS. Groups use these funds for income-generation projects and community-based HIV/AIDS health care initiatives that support orphans and vulnerable children (OVC) and people living with HIV and AIDS (PLWHA).

Ambassador Harrington said at the event, “I am proud to say that the American people and the United States Government are long-standing partners in Lesotho’s fight against this terrible disease. Achieving the Sustainable Development goal of ending HIV/AIDS as a public health threat by 2030 will not be easy.  But please know that as Basotho confront this epidemic, you will continue to have a determined and collaborative partner in the United States.”