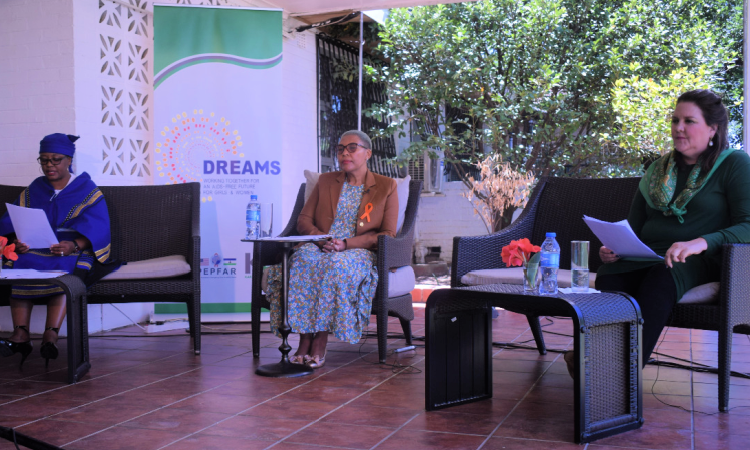 Minister Tampane opened the event by acknowledging that the annual 16 Days of Activism Against Gender-based Violence campaign in the Kingdom of Lesotho aimed to generate increased attention to violence against women and girls as one of the most prevalent human rights violations in the world. She emphasized that the discussion was a platform for dialogue and strategy-sharing to reduce the acceptance of domestic violence as a societal norm.

Following her support for the “DREAMS, For Girls Like Us” launch on November 25, Her Excellency First Lady Majoro co-moderated the discussion with Ambassador Gonzales. She voiced her great joy at the opportunity to speak with and learn from such a dynamic group of young Basotho women. She thanked Ambassador Gonzales for creating a space where they could engage with the group and discuss a critical issue affecting the Kingdom of Lesotho.

Ambassador Gonzales expressed her gratitude to her “fellow DREAMS Ambassadors” for being courageous and using their role as rising leaders to speak up for their communities. Finally, the Ambassador encouraged the women to continue to be a force for positive change by sharing their views on how we can all take a stand against gender-based violence where we live.