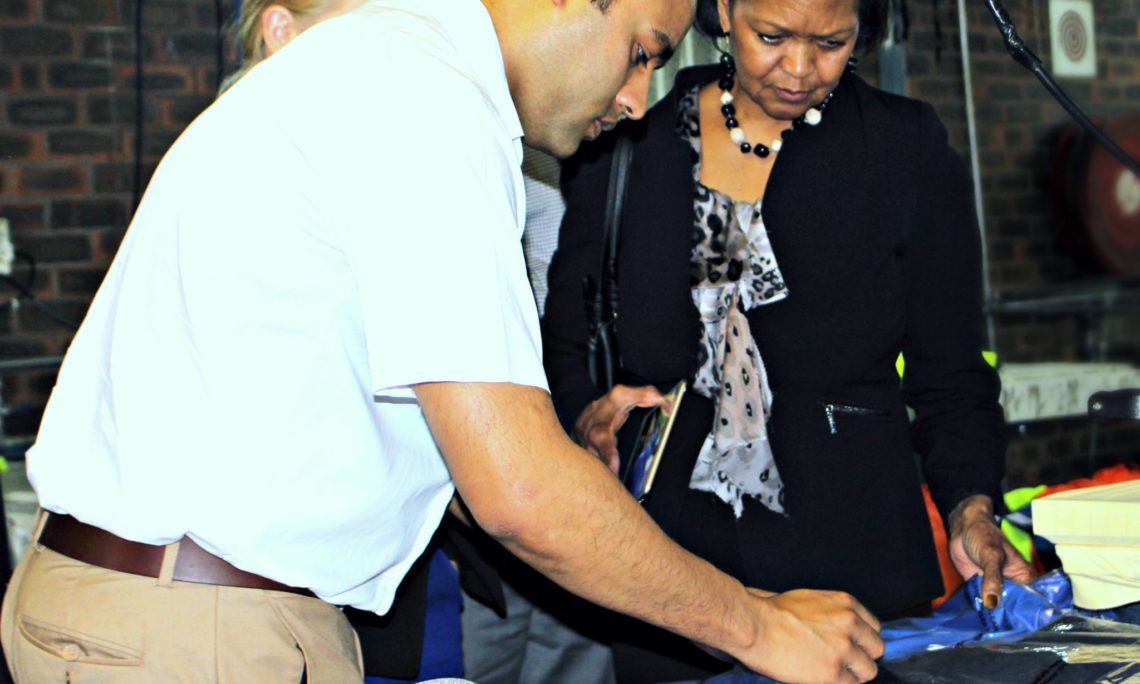 Assistant U.S. Trade Representative for Africa Florie Liser visited Lesotho November 9-10, 2016 to recognize 50 years of bilateral partnership.  During her visit she met with Minister of Foreign Affairs Tlohang Sekhamane and Minister of Trade and Industry Joshua Setipa, with whom she discussed the longstanding bilateral partnership, Lesotho’s success to date under the African Growth and Opportunity Act (AGOA) trade preference program and ongoing governance concerns which may affect Lesotho’s continued eligibility for AGOA.

During her visit, Liser had the opportunity to tour several textile factories including Luqy Garments, a Basotho owned textile manufacturer that exports garments to the U.S. market under AGOA.  In 2015 representatives from Luqy Garments, with the support of the U.S. government through the Southern Africa Trade Hub in Pretoria, participated in the 2015 MAGIC Las Vegas textile and apparel trade show and secured a multi-million dollar order which has allowed the factory to significantly expand its operations.

Describing the objectives of her visit Liser said, “My visit to Lesotho is an opportunity to honor the 50 year partnership between our countries and see firsthand the positive affect AGOA has had in Lesotho, as well as continuing private discussions with government over ongoing governance concerns.

Florie Liser, as the Assistant U.S. Trade Representative for Africa in the Office of the United States Trade Representative (USTR), leads U.S. trade efforts and investment in sub-Saharan Africa and oversees implementation of the African Growth and Opportunity Act (AGOA). She also leads interagency negotiation and implementation of a number of trade and investment agreements with Sub-Saharan African nations.

Ms. Liser has an extensive background in trade negotiations and Africa. From 2000-2003, she served as Assistant U.S. Trade Representative for Industry, Market Access, and Telecommunications. She also worked at the Department of Transportation from 1987-2000 as senior trade policy advisor in the Office of International Transportation and Trade.

Ms. Liser has over many years been actively involved in promoting trade and development policies that recognize Africa’s growing importance to the U.S. and the opportunity for greater U.S.-Africa trade and investment.