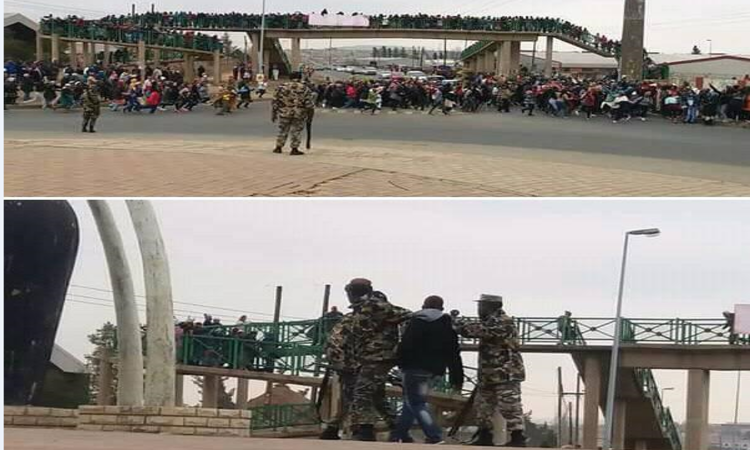 Event:  According to police reports, a worker’s union strike has turned into a protest, currently taking place in Maseru.  The worker’s union is composed of security guards, factory and general services workers.  The LMPS has not officially authorized any marches or demonstrations by this group.

As part of the worker’s union strike a number of factory workers have expressed their disappointment at their perception that the Ministry of Labor and Employment has not addressed their grievances.  Some of the factory worker’s grievances are a higher minimum wage of M2000.  The worker’s union is demanding a 15% wage increase.  They are also demanding that the Minister of Labor and Employment resign.

Some protestors have blocked the main road directly across from the Thetsane factories with rocks and burning tires.  The LMPS state that the situation is under control.

In the Maputsoe factory area approximately 50 km away, there are confirmed reports of workers throwing rocks at the factory buildings, a bank, and police firing into the air to help calm the angry workers.