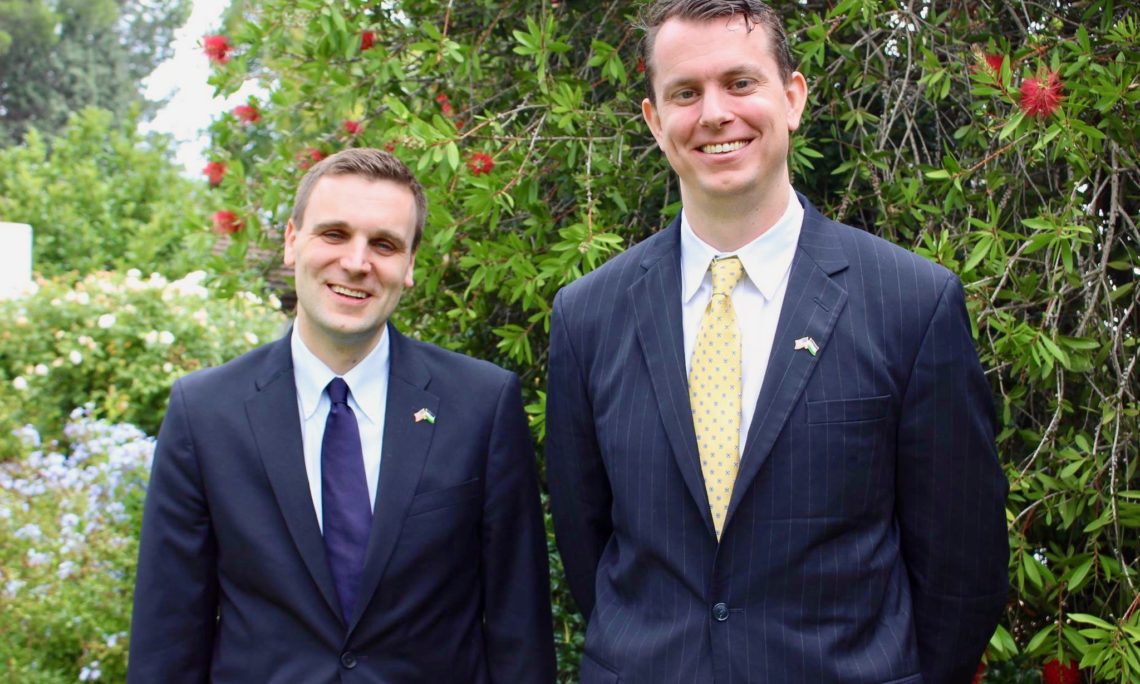 Christopher Maloney, Managing Director of Selection and Eligibility and Jason Small, Managing Director for Operations in Africa at the Millennium Challenge Corporation (MCC), visited Lesotho February 26-28, 2017. During their visit they met with government representatives, including Prime Minister Pakalitha Mosisili, as well as representatives of the opposition, the diplomatic community, and civil society. This visit was a follow up to the December 2016 MCC Board of Directors decision to again defer a vote on the reselection of Lesotho for compact eligibility, allowing additional time for Lesotho to take concrete steps to demonstrate its commitment to good governance, accountability, and rule of law.

In 2013, Lesotho successfully completed a five-year, $363 million MCC Compact focused on health, water, and private sector development. During the Compact’s implementation, Lesotho was a strong partner, committing $150 million of its own funds to ensure the completion and sustainability of the projects. In 2014, the MCC Board selected Lesotho as eligible to develop a second Compact, but in 2015 and again in 2016 the MCC Board decided to defer a vote on Lesotho’s eligibility pending resolution of governance concerns.

The Millennium Challenge Corporation is an innovative and independent U.S. foreign aid agency that is helping lead the fight against global poverty. Created by the U.S. Congress in January 2004, MCC works to deliver smart U.S. foreign assistance by focusing on good policies, country ownership, and results.

Chris Maloney is the Managing Director of Selection and Eligibility in the Millennium Challenge Corporation’s Department of Policy and Evaluation. He oversees the management of MCC’s annual country selection process and country eligibility, including generation of MCC’s scorecards. Mr. Maloney joined MCC after working for McKinsey & Company in Johannesburg and Washington, D.C. Prior to McKinsey, he worked with Genesis Analytics, a South African economics consultancy based in Johannesburg, as well as in the Office of African Nations at the U.S. Department of the Treasury in Washington, DC. Mr. Maloney holds an MBA from Harvard Business School, an MPA in International Development from the Harvard Kennedy School of Government, and a BA in Economics and African/African-American Studies from Stanford University.

Jason Small is the Managing Director for Africa and is responsible for oversight of a multi-country Africa portfolio in the Millennium Challenge Corporation’s Department of Compact Operations. Prior to joining MCC, Mr. Small led and managed a team responsible for developing U.S. foreign policy in 16 West African countries at the U.S. Department of State. Earlier at the Department of State, Mr. Small managed a team that coordinated and implemented interagency policies and programs throughout north and south Sudan. He has also served as a Brookings Institution Legislative Fellow on the staff of the State, Foreign Operations and Related Programs Subcommittee of the U.S. House of Representatives Committee on Appropriations. Mr. Small has an MPP from Harvard’s John F. Kennedy School of Government and a BA from Mount Vernon Nazarene University.