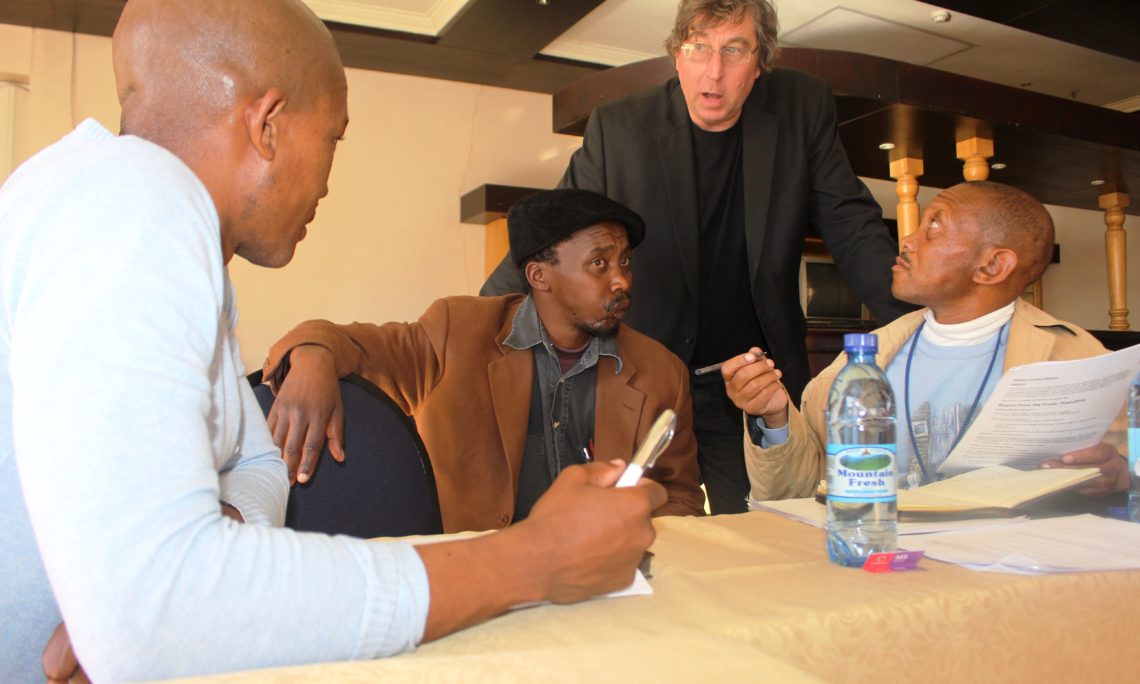 Underscoring the U.S. government’s support for free and fair elections in Lesotho, the U.S. Embassy hosted a three-day workshop for journalists focusing on the crucial role the media play in ensuring elections are peaceful and credible.

U.S. Ambassador Matthew Harrington and Commissioner Makase Nyaphisi of the Independent Electoral Commission (IEC) opened the workshop for 40 Basotho journalists who from a broad spectrum of newspapers, radio, and television. This training was a partnership with the Media Institute of Southern Africa (MISA) Lesotho, which subsequently deployed the participants to all ten districts of Lesotho to report on the election. The workshop ran from May 22-24 and helped participants strengthen their skills at collecting, reporting, editing, and disseminating objective, balanced information in the context of elections.

During his time in Lesotho, Mr. Hinchberger also conducted meetings and discussions with a variety of Basotho media practitioners as well as participating in a panel discussion on the media’s role in peaceful elections at the American Corner at the State Library in Maseru.

Speaking during the official opening of the training, Ambassador Harrington said, “Each of you here today has an important role to play in the electoral process. What you do makes a difference. We support your efforts to provide objective and balanced reporting on the election.” The U.S. Embassy is committed to initiatives that build media capacity in Lesotho and this workshop is the latest example of our longstanding engagement with and support of Lesotho’s media.

U.S. journalist Bill Hinchberger is a freelance writer, communications consultant, and educator. He is the Paris correspondent for Devex, a media platform for the global development community. He has taught at the Sorbonne, and conducted journalism and media training programs, including for the Thomson Reuters Foundation and the U.S. State Department. He recently trained journalists in Nairobi via digital video-conference on How to Cover Elections Objectively.  His assignments have taken him to more than 30 countries, including Cuba, Egypt, India, Kenya, and Turkey. Mr. Hinchberger lived in Brazil for more than two decades, reporting from the region for The Financial Times and other media.